Don’t Do Anything Others Can Do 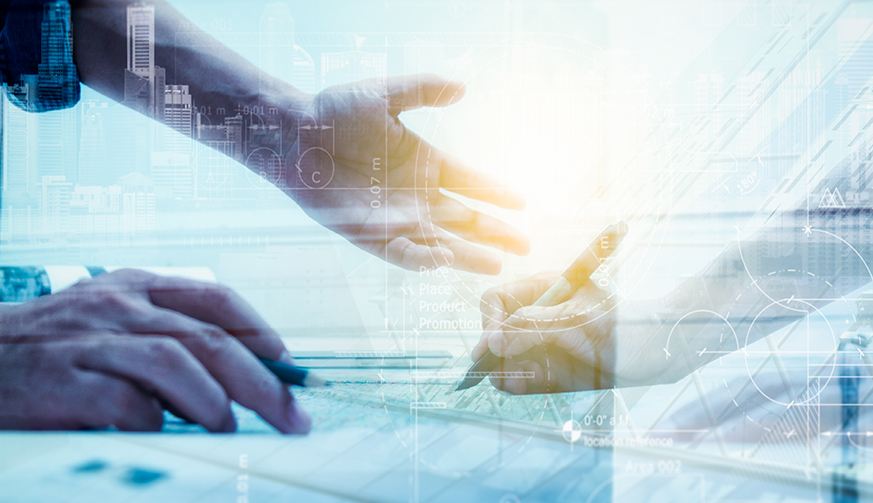 05 Sep Don’t Do Anything Others Can Do

Posted at 16:23h in Marketing, Strategy by Teri Krause
Share

When Bill Clinton won the presidential election in 1992, he asked George H.W. Bush if he can give him any advice from his experience as president. President Bush’s advice was to never do anything others can do. Implication was clear. A president should not be spending his valuable time doing things that his team can do equally well. He should concentrate on doing so many other things that only he can do.

We are not the President of the U.S. but many of us are in leadership positions. I wonder if this advice holds true for us too. I think it does. At BTS, all designers are better than me at layout and design. I’m one of the better copywriters, but the thing I stand out in most is developing commercialization strategy and understanding the underlying science and technical minutiae about drugs, devices, and diagnostic tests. I try my best not to spend my time doing things others can do just as well because our clients will be better served, and at a lower cost if I concentrate on doing things that I do best.

A relevant question is when one should outsource and when to keep things in-house? I understand I have conflict of interest here because I write these blogs to educate and gain your business. Your skepticism about my objectivity would be understandable. To allay such concerns, the first thing I will do is tell you when you should not outsource. When you are strategizing about core business objectives and insider information about what your organization has done and the vision moving forward, outsiders must not know more than you do about your competitive landscape and what makes your company stand out. BTS has done surveys for clients who wanted to confirm that the customer personas they developed, segmentation, and messaging they crafted were still relevant and accurate, but an outsider should not know better the rationale why your product/service was developed in the first place. Second, you should not outsource functions that are being performed well in-house, on-time, and not at the expense of other essential functions. Accordingly, 57% of companies outsource to focus their attention on their core business. 47% outsource because they have capacity issues.

To discover, reveal and confront your own team’s shortcomings requires introspection, courage, and curbing of one’s ego. There are many good reasons your product may be under-performing. Coverage of a drug may be restricted on major formularies, a device may be technologically inferior, or a test may give too many false positives. But there are many competing products on the market that are perceived to be interchangeable. I used to sell Avapro, an angiotensin II receptor blocker (ARB).  At that time there were 6 other ARBs on the market. Even after my Herculean efforts to convince doctors that Avapro was the best ARB for many of their patients, several told me, in effect, that they can go to the sample cupboard, close their eyes and pick any ARB and they will be right. In this scenario, all else being reasonably equal, if we kept getting hammered by Benicar, someone needed to figure out what is going on. In the absence of an answer, a call to a trusted advisor may be in order.

Have you asked your graphic designer to come up with some impactful copy to go with that fantastic creative? Is your copywriter frantically searching WordPress templates for the new and improved website? I have talked with some marketing managers and was told that I was talking to the entire marketing department. While I expressed admiration, I knew quality of work had to suffer. One person cannot be a good strategist, market researcher, copywriter, designer, campaign executioner, and evaluator. Many times, under-sized or perhaps under-performing teams are asked to do things that they are just not capable of doing well. What generally happens is that the graphic designer does come up with some copy which is deemed acceptable and people collectively breathe a sigh of relief. Mike is perceived to be the hero with so much untapped potential. And he may very well be, but every marketing team cannot have a person that can do just about everything. Objective self-reflection will tell the truth.

• Don’t Have time to Go to the Restroom

Sometimes, workers are so overwhelmed by trying to get things out on time, there is no time to sit back and evaluate performance. They are forever task driven. Strategy is relegated to one weekend a year when they are on a brain-storming retreat in Las Vegas where everyone would rather be playing blackjack anyways. A good rule of thumb is the 80/20 rule. Spend 80% of your time executing campaigns and 20% of the time evaluating them. In other words, spend 80% of the time doing things right, and 20% of time making sure you are doing the right things. If being in a panic mode is way of life, it might be a good idea to call for help.

I was standing outside a closed-door of an exam room at a cardiologist’s office, hoping to get a minute with him, when I heard his thunderous voice,” I don’t care what Google says.” I know many professionals who would like to yell that to someone who thinks they know how to do something as well as a professional with decades of experience because they read three articles on the subject. It’s been said that you can read every book written about golf but that will not make you a good golfer. You have to go out and play, whiff at many balls, count on the roll for distance, lose a small fortune in balls landing where they shouldn’t, yell “four” a hundred times, learn trees always win, and then you may have a shot. Anything worth doing is worth doing well and sometimes, for certain things, asking for help is the only way to produce something you will be proud of.

I had a boss who showed up at a client’s meeting in his Porsché. It did not go well. The client yelled at the poor client services manager and told her to never show up at his office in a Porsché. They never had to. There is little doubt that the greatest hurdle to outsourcing is perceived cost and for good reason. I am not going to lecture about fixed costs and variable costs because I don’t know the salary structure at your company, how good the benefits are, and what your agency charges you for certain functions. It is futile for me to make a judgment if outsourcing would be cost-effective for you. I do know I have worked at companies that charged $225/hr. and sometimes I felt that it was a bit too much even for the high-quality work which they produced. At BTS, I don’t drive a Porsché and we average about $110/hr., depending on what combination of skillsets needs to be deployed.

The decision to outsource can be complicated. Some companies refuse to outsource. If they cannot do it in-house, they rather just not do it. The mindset appears to be how can an outsider possibly know the subtleties of their business better than they do to make it more successful than they can. The disconnect is that an agency does not need to know a business better than their client. They are performing a function that a client does not want to or cannot do. That can be done well without being a fly on a CEO wall the entirety of their existence.