Marketing — Should You Trust Your Gut? 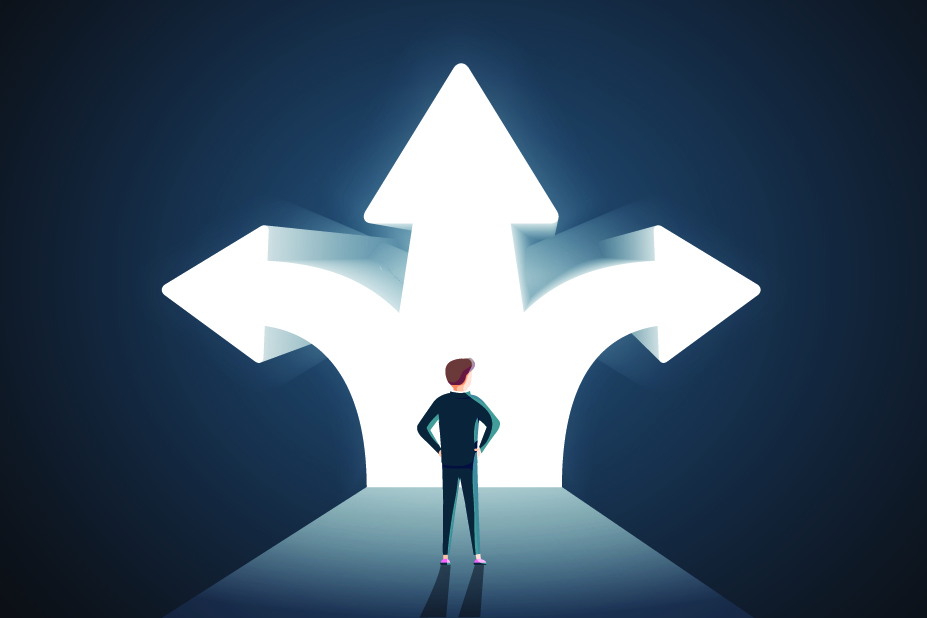 07 Nov Marketing — Should You Trust Your Gut?

Posted at 21:24h in Marketing, Strategy by Teri Krause
Share

A while back I read the book, Straight from the Gut, written by the “world’s toughest boss.” Of course that would be former GE CEO, Jack Welsh. Neutron Jack had quite a run at GE where he supposedly fired about 100,000 employees. While I found some of his antics unimpressive (even he admits being a little too full of himself), I have frequently thought about:

Having started my career as a molecular and cell biologist, I have been trained to do experiments and let the quantitative data inform my actions. My belief was that making decisions off the seat of my pants would inevitably court disaster. But is this really true?

Intuition has been described as “affectively charged judgments that arise through rapid, nonconscious, and holistic associations.”  It relies on our past experiences and is usually tinged by emotion. Sometimes decisions have to be made this way because there is just not enough or reliable information or there are time constraints. In such cases, should we do our best to procrastinate, buy time, or hide? Are we inviting disaster? Should we include other people, so we can share the blame to CYA or should we rely on our best judgment and move forward confidently?

These are questions many have asked and fortunately, psychologists and neuroscientists have done experiments to find answers. First, it is important to remember that our intuition may be wrong, but it may still be a prudent thing to do. Let’s say you are waiting to get seated at a restaurant and you see someone get sick. At once a voice in your head says, “let’s get out of here” because we develop or, at least, suspect a causal relationship. Here, your hunch may be inaccurate, nonetheless, better be safe than sorry.

Also, data sometimes lies. I have seen instances when a quarterback throws for 500+ yards but his team loses. The reason is that most of these yards can be classified as “garbage” yards because the other team was happy to give up one short pass after another to keep the clock running.

In a behavioral experiment, Prof. Marius Usher of Tel Aviv University’s School of Psychological Sciences discovered that intuition was a surprisingly powerful and accurate tool in decision-making. On a computer screen, he showed participants two sets of numbers in rapid succession. Participants were asked which group had a higher average. Because the numbers changed so quickly, the participants were unable to memorize the numbers or do the math. They had to rely on “intuitive arithmetic.” The success rate of their gut-feeling was remarkable. They were correct up to 90% of the time.

In his book, Blink: The Power of Thinking Without Thinking, Malcolm Gladwell takes an interesting and non-intuitive position. He rejects the notion that in order to make better decisions, we need to have as much information as possible. He argues that our subconscious supercomputer brains actually process an answer in less than two seconds using only a thin-slice of data. More data can actually cloud our judgment because we tend to cherry-pick points that lean towards our biases and ignore ones that don’t. We are reminded of the Talmudic words, “we do not see things as they are. We see things as we are.”

Businesses favor doing a cost/benefit analysis and utilizing a rational marketing approach before making a go/no go decision. Mousavi recommends an alternative strategy. Create a decision tree that starts with the fundamental question:

“If the worst-case scenario were to happen because of a decision you made primarily on gut feelings, could you survive?”

If yes, your next question should be if the company was well-positioned with adequate expertise and resources to capitalize on the opportunity. By making decisions sequentially, the company can limit its information to relevant factors avoiding information overload (also called analysis/paralysis) by making dubious assumptions and trying to quantify the unquantifiable.

The more we trust our intuition in combination with facts, the better our decision will be. The key is the inner voice working in concert with cold, hard information.